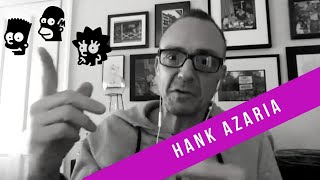 Chad Holloway sits down with celebrity poker player Hank Azaria, known for his many voices on The Simpsons and roles in Ray Donovan and Brockmire. They talk about the recent Stars CALL for Action powered by PokerStars charity event, which raised $1 million, and how the star managed to get celebs like Bryan Cranston, Aaron Paul, Amy Schumer, Michael Cera, Jon Hamm, Neymar Jr., Don Cheadle, Jeff Garlin, David Schwimmer, Edward Norton, Macaulay Culkin, Lisa Kudrow, Teri Hatcher, Kevin Pollak, David Arquette, Liam Payne, Ricky Williams, Jack Black, and Jason Alexander. Plus Azaria explains his love for the game, playing at the World Series of Poker, and more…like the obvious question Sarah Herring wants to know, How does the Simpsons predict the future.

[TIMESTAMPS]
01:00 | Stars CALL for Action powered by PokerStars
02:00 | Celebrities turn out in full force – Breaking Bad Shootout
04:30 | Origin of an online charity event to fight COVID
06:00 | How he got so many celebrities to participate
08:10 | Azaria shares when and how he learned poker
11:00 | Playing at the World Series of Poker
12:00 | How does The Simpsons is able to predict the future?
12:40 | Which character that you’ve played would make the best poker player?